Shehnaaz Gill’s BFF Gets Emotional On Her Birthday, Cut Cake With A Note Saying “You’re Loved By Zillions”

Punjab sensation-turned-Television actress, Shehnaaz Gill, turned a year older today, i.e., Jan 27. From past few months, the actress has been going through a rough patch in her personal life. Sana found the love of her life, Sidharth Shukla, during her stint in Bigg Boss 13 and the actress has never shied away from being vocal about her feelings for late actor Sidharth Shukla since. On September 2, the news of Sidharth’s sudden demise shocked one and all. It’ll soon be 5 months since he died, but his family, friend, fans and Shehnaaz Gill continue to reel with the ultimate loss and shock.

As Today, Jan 27, marks Sana’s birthday, her fans across the globe are wishing the actress via multiple social media platforms. To celebrate the same, Shehnaaz’s best friend and fashion designer Ken Ferns took to his Insta story to wish his darling friend on her birthday. The designer shared Sana’s photo from a photoshoot and wrote, ‘Happy birthday’. Ken also got emotional while sharing a picture of her birthday cake. He captioned the cake photo, “This is not just any other cake… Its hope, its love, its memories. It’s a lot of things…”

In another picture, he called Shehnaaz his “Janeman, and doll.” Ken also posted Shehnaaz’s couple of from a photoshoot and its caption read, “You being You . . . Means- Spontaneous, Spectacular, Special, Extremely Funny, Contagiously Entertaining, Pure Hearted, Simple, A Fantastic Cook, Protective. This list can go on . . @shehnaazgill. Basically you are loved, not just by me but by zillions. & I can’t promise to fix all your problems but I can promise you won’t have to face them all alone. H A P P Y B I R T H D A Y S A N A.”

When Bobby Deol’s DJing Upset Guests & Made Them Demand Refund: “I Practically Got Conned” 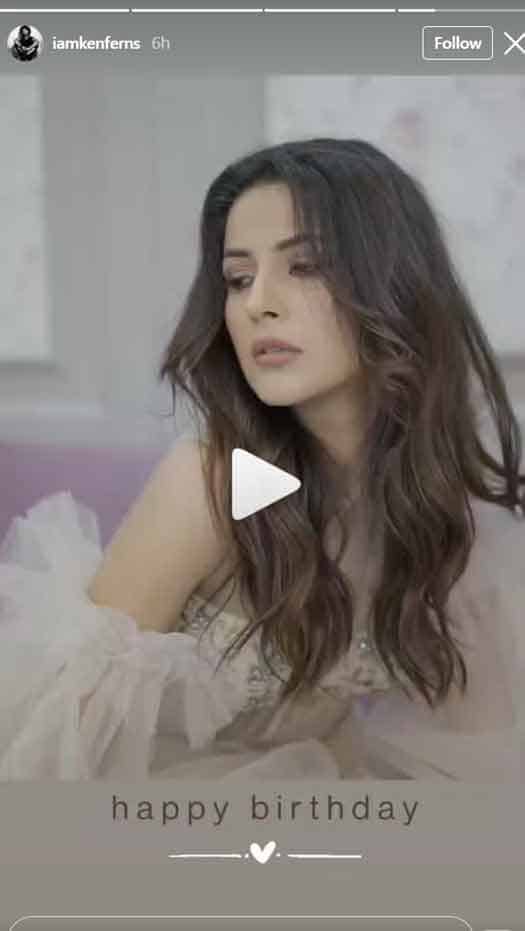 Shehnaaz’s brother Shehbaz Badesha also posted two videos on his Instagram. In the caption of one of the videos, he called her his ‘Cute little sister’, while the other sees them together inside the Bigg Boss 13 house. Captioning the same he wrote, “Happy birthday my sister without u i can proudly say that iam nothing love u bless u always rabb kre meri v umar tainu lage.”

The post Shehnaaz Gill’s BFF Gets Emotional On Her Birthday, Cut Cake With A Note Saying “You’re Loved By Zillions” appeared first on Koimoi.