Not one to take any injustice lightly, actor-director Divya Khosla Kumar has spearheaded a campaign to get Pearl V Puri the justice he deserves. And now, in an interesting turn of events, she was recently tagged in a barrage of posts by the victim’s mother’s social media id (Ektasd).

In these post, it is blatantly stated that “Dear All, we as Ekta Sharma’s extended family would like to let you all know that she has been in an extremely toxic marriage for 10 years and does not have her daughter since 2 years. We including Ekta support Pearl V Puri, and hope that justice is out soon.”

Another close friend of Ekta’s (Aarti Puri) adds on Instagram that the victim’s dad had used Pearl V Puri name to only damage Ekta’s reputation in front of the judicial system. this friend wrote, “Ekta Sharma has been fighting for her daughter’s custody for a long time now and here here husband creates this whole mess and blame game and eventually finds a devious way of damaging Ekta Sharma’s reputation in front of the judicial system so that she does not get custody of the child.”

Asha Negi Says She Is On Good Terms With Ex Rithvik Dhanjani: “He Has Moved On…”

The friend’s posts continued reading, “She is totally shattered and shall find her ground to come out in the open. She needs your support fully and she herself supports Pearl V Puri because Pearl is innocent. She also understands that pearl has been unecessarily framed and is all out to support him. This is one of the cheapest screenplays ever written by her husband Anil Dhonde. We defintely believe that eventually the truth will prevail.”

Here’s a look at the social media post talking about the victim’s mother, Ekta Sharma supporting Pearl V Puri as he is innocent. 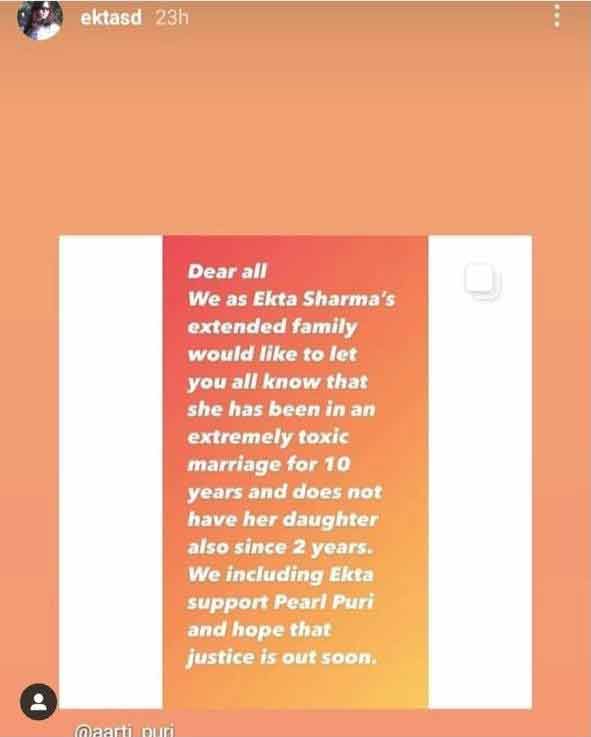 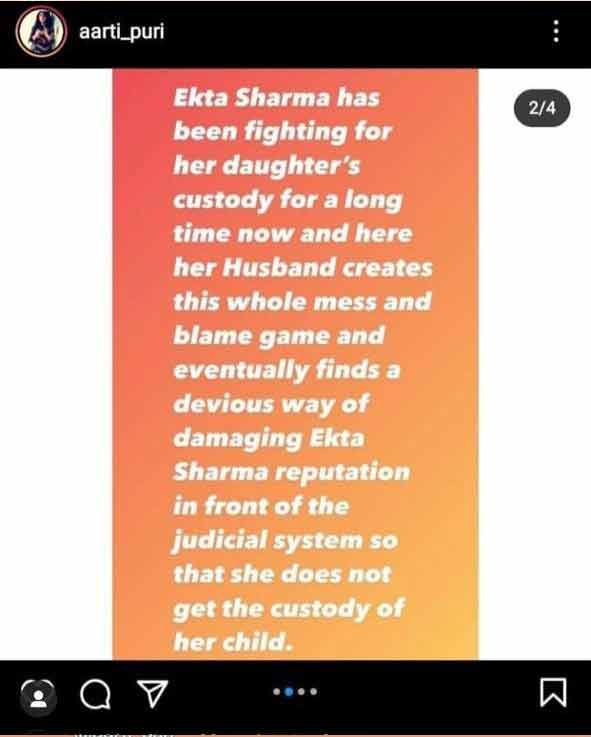 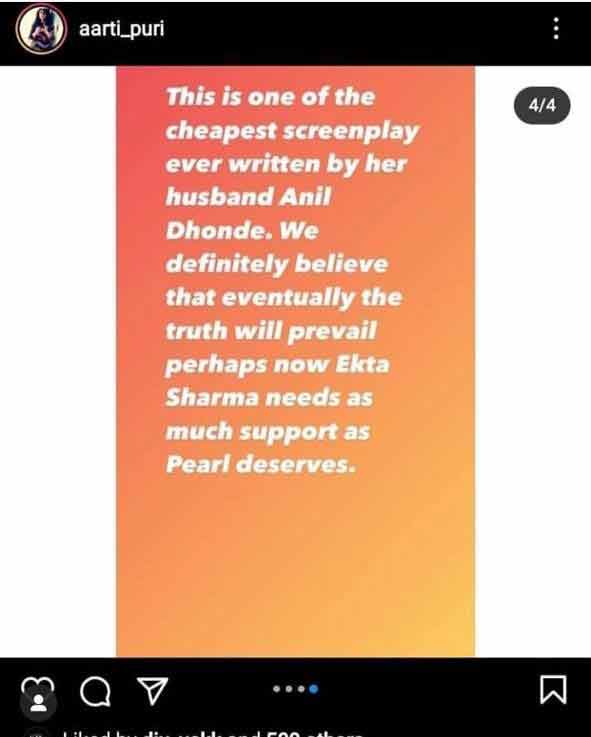 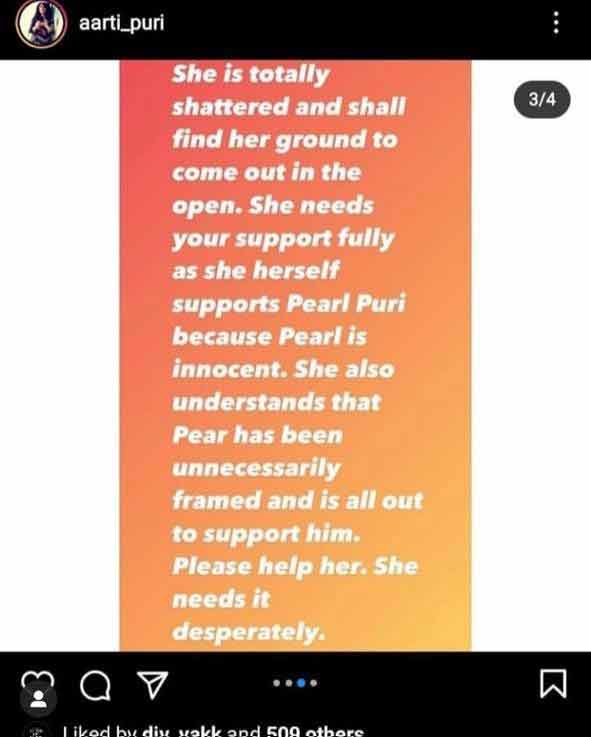 Stay tuned to Koimi for more updates about this case.

Must Read: When Kapil Sharma Trolled Anu Malik: “You Won’t Even Make Him Stand In Indian Idol’s Audition Queue”