My memory of watching Felicity Theatre’s ‘Patte Khul Gaye’ will be deeply etched into my mind as being one of the BEST COMEDY plays of 2019. It is captivatingly engrossing with its comic punches, innovative gags and a strong undercurrent of learning for the audiences.

WHAT THE PLAY IS ABOUT?

A realistic take on the addictive mode towards the black monster (the mobile phone) in today’s times. What fluidly unfurls with the characters are the dark secrets within their lives.  A brilliant script with a healthy comedy overdose and an ingenious climax.

Rupali Ganguly – The star performer of the show for sure. Her bubbly, charismatic persona is a scene-stealing act. Be it the impromptu comedy scenes or the melodrama, Rupali takes the cake and the bakery too.

Ananth Mahadevan – Poised and composed to perfection, Ananth does full justice to his character. 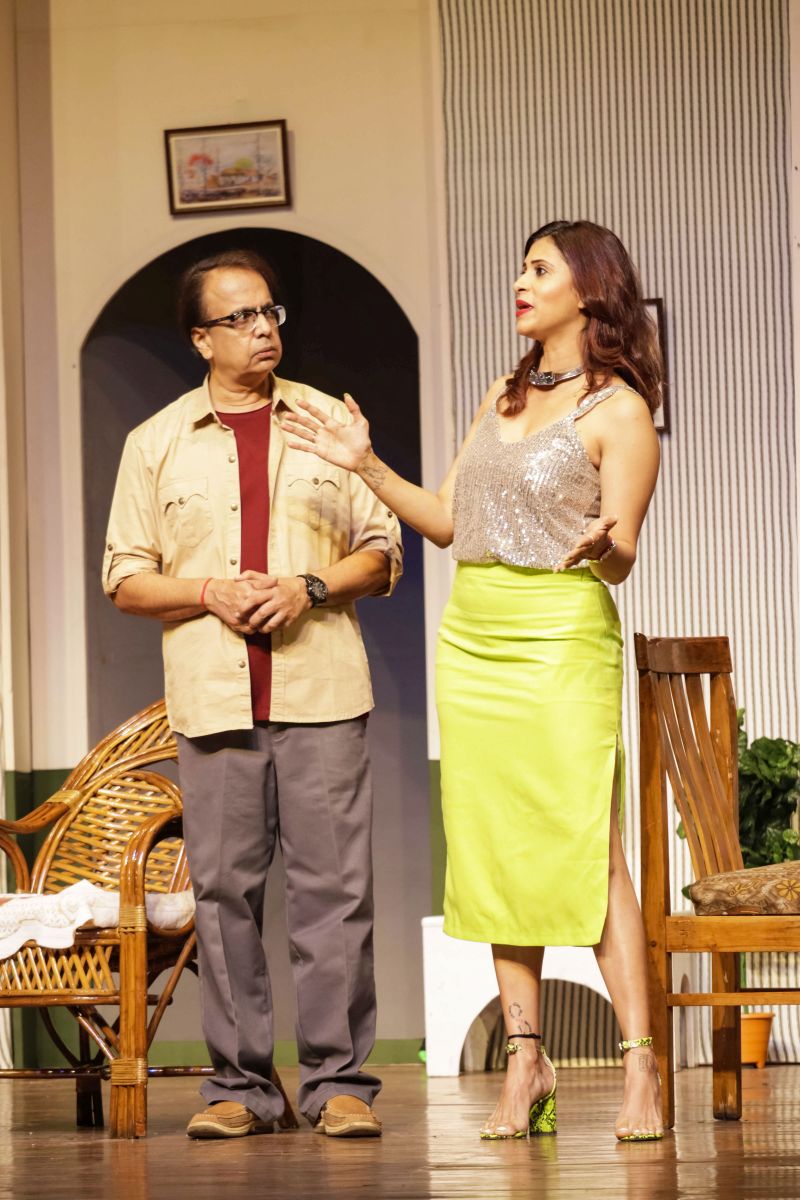 Kishwer Merchant – Portraying the hot, sexy yet sorted super-elite gal, Kishwer not just adds the zing to the play but dishes out an excellent performance. The role seems to be tailor-made for her.

All the other actors have been meticulous of adding the Tadkaa to their characters.

Rakesh Bedi has a water-tight script which keeps the audiences rolling out of their seats. The gags are nouveau, original and hilarious. On the writing front, the vivid character fleshing with chameleon-like overtones are empathic and realistic. Kudos to Rakesh for having an individualistic climax scene which gives the actors, the extra ledge to showcase their histrionics.

The beauty of the dialogues is the intermittent usage of ‘shayri’ which flows lucidly with the audiences.

On the direction front, there is perfect sync of the actors (almost ten of them throughout the show), split-second comedy timing pick-up and perfect stage management. Beautifully executed, well packaged and a super-charged, engrossing script.

#AryemanSaySo – Patte Khul Gaye is the laughing gas which we need to inhale every day to Stay Happy with your family! Watch it more than once.